I love how playful and fun Bushtits are, but they are almost impossible to get a good shot of! I feel so accomplished when I actually manage to get one.

A Bushtit giving me the most intense looking face! 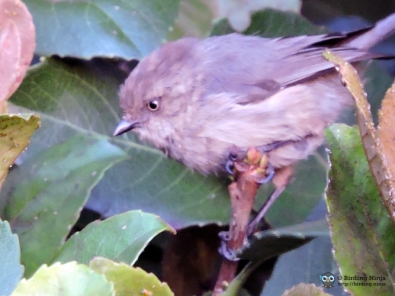 I was excited to finally catch some photos of Bushtits! They are super fast and it’s really hard to actually capture photos of. Once I actually manage to get my camera to focus on the bird, it’s already left.

One downside of the Nikon P600 is that it takes FOREVER to focus, especially in lower light such as later in the day. I managed to get these photos by just leaving the camera focused on a larger area and just waiting until a bird hopped into the shot. This means I wouldn’t get a close-up large shots, but that I would manage to actually get one.